What is a passive buzzer?

What aspects should be paid attention to when using passive buzzers?

What are the characteristics of the passive piezo buzzers?

Can we do a piezo buzzer by ourselves? 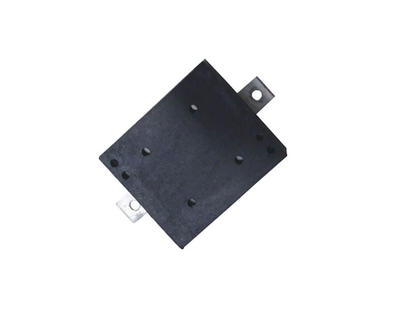 What aspects should be paid attention to when using passive buzzers?

First of all, we must start with the installation of the passive buzzer. We shall be careful when using it because of its small size. If there is a lot of dust or stains on the outside of the product, the passive buzzer cannot be wiped with a moist towel or tissue in that it is not a fully enclosed type. If water droplets enter into the passive buzzer during the wiping process, it will cause the passive buzzer to malfunction, or even damage.

What are the characteristics of the passive piezo buzzers?

When using a buzzer, many people don’t know how to tell active piezo buzzers and passive piezo buzzers. The reason for distinguishing is that they have different generation principles, and the parts used to be matched are also different. The passive buzzer produces sound with the help of external parts, while the active piezo buzzer’s sound is produced by the vibration of its own internal parts without auxiliary parts.

When using a passive piezo buzzer, it usually constitutes a complete circuit since that a single passive piezo buzzer cannot be used. In the whole circuit, there will be a triode as a switch, a piezo buzzer as a generating part, a freewheeling diode to ensure the continuous flow of current, and a power supply filter capacitor to filter out the influence of the piezo buzzer on other electronic components.

Although some people think that it is troublesome to use passive piezo buzzers, it is chosen in that its low production cost, and the frequency wider range of the sound it emits, which makes it possible to apply in different places.

Can we do a piezo buzzer by ourselves?

YES. It is really easy for us. Among similar products, piezoelectric buzzers have been popular among the public due to their small size and high sensitivity.

The FIRST step is to prepare an electromagnet. Wind 100 turns of wire on an iron bolt with a length of about 6 cm, leaving 5 cm at the end of the wire as a lead lest the coil from loosing. Use transparent tape to stick the coil on a box. The electromagnetic is well done.

The SECOND step is to prepare shrapnel. When preparing the shrapnel, you need to cut a long iron piece with a width of about 2 cm from the iron can, bend it at a right angle, connect a lead of the electromagnet to the shrapnel, and then use tape to stick the shrapnel on the wooden board.

The THIRD step is to use paper clips as contacts. Put the paper clip up high with a book, stick it firmly with tape, lead out a wire, and connect the circuit.

After completing the above three steps, adjust the distance between the electromagnet and the shrapnel by moving the box, so that the electromagnet can attract the shrapnel. When they can in contact with each other by adjusting the distance, you can listen the sound produced by the piezo buzzer after powering. In this way, the manufacture of the piezoelectric buzzer is completed and we hope you can make a piezo buzzer yourself according to our method steps.